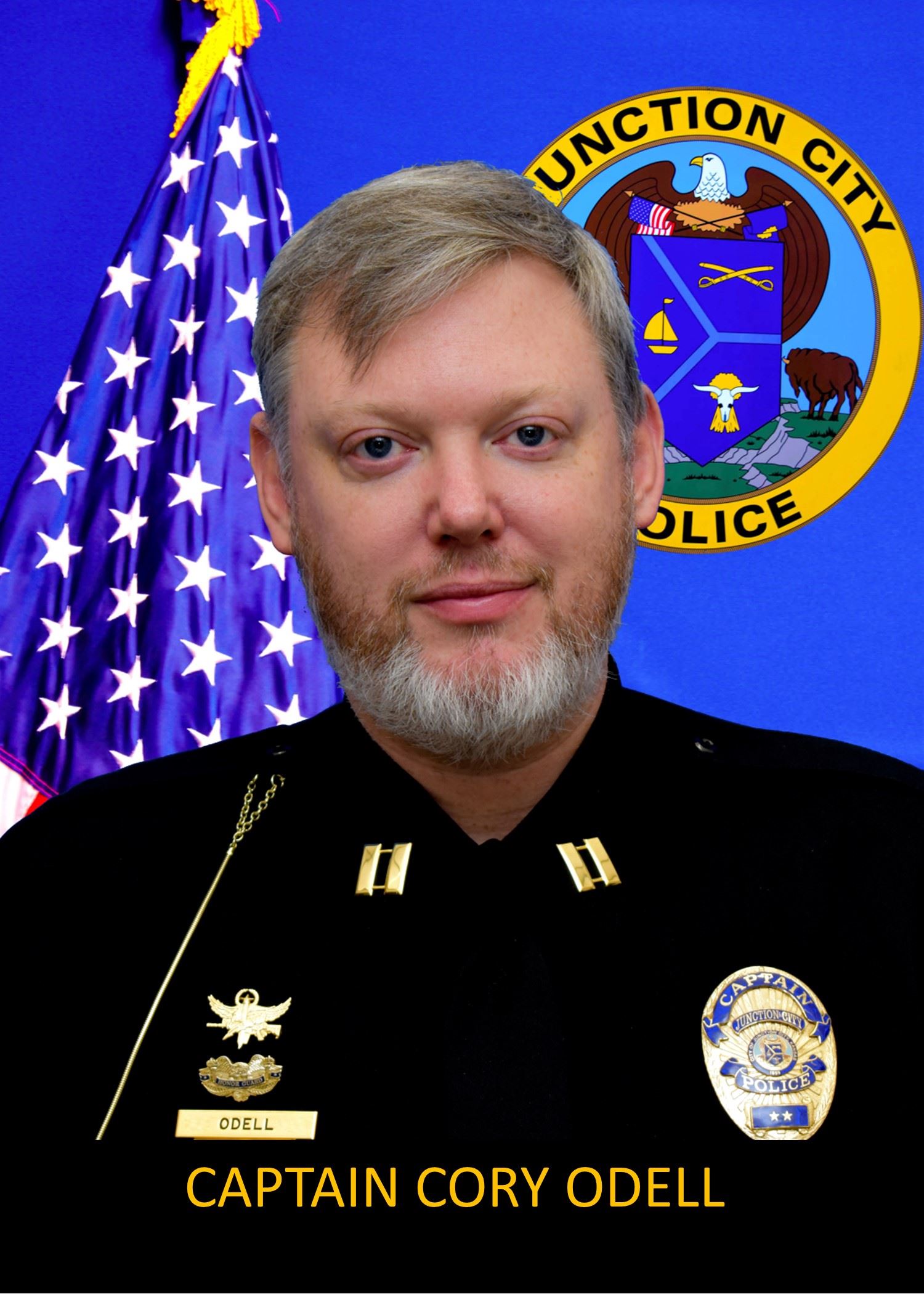 Captain Cory Odell joined the Junction City Police Department in January 2009.  Prior to joining the JCPD, Cory graduated from Kansas Wesleyan University in Salina, KS with a Bachelor of Arts degree in Criminal Justice.  Cory attended the Kansas Law Enforcement Training Center where he earned the honors of being named to the Dean’s Honor Roll and being awarded the Larry Welch Award for academic excellence.  Cory also completed his Master of Science degree in Criminal Justice Administration from the University of Cincinnati in December 2011.  While with the police department Cory has served as a Master Officer and a Field Training Officer, is a member of the Junction City Police Honor Guard, and is the Team Leader for the Junction City SWAT Team. Cory transferred to the Investigations Division as Detective in October 2011.  In May 2014 Cory was promoted to the rank of Det. Sgt. and was assigned to the Junction City Crime Scene Unit as the supervisor.  In July of 2016, Cory was promoted to Lieutenant and was assigned to Night Shift on Patrol.  In May of 2018, Cory transferred to Investigations. In January of 2021, Cory was promoted to Captain of the investigations division where he is currently and oversees General Investigations, the Drug Operations Group, and the Crime Scene Unit.